Pages from my diary
I couldn't have written anything about those two books if it wasn't for my Diaries. As I couldn't have changed anything in them today. Because it's that precise moment, this immovable and unique, that the soul is initiated and envisions its truths.

Today I feel that my relationship with these two books has something sacred. In Beckett's pathless abyss I found the grief and irrationality I was living with at the time. And my dive into the absurdity of his existential questions led me to transcendence and to the mystery of life. Even if he did not believe in any metaphysics. He kept his head down when he said "others say ..." when I met him at St. Jacob's Boulevard. But I had the certainty of my own experience. Because I myself had experienced my ascension from the circles of his abyss, when a painful loss had led me to tread there, right there, writing my book about his work, step by step, and stepping on the edge of those untrodden dark circles, on the tip of the nihilism of western intellect, feeling the warm breath of the void over me, I felt as if I had emerged from his work purified. And it was then that I realized that in his work there was a modern sense of tragedy, that Happy days was the modern tragedy that led to the glade of cleansing. Today, I'm sure Samuel Beckett had seen all my thoughts, all these anxieties, that's why he was corresponding with me until his death.

And when the book came out, with the preface by Jacques Lacarrière, when I freed myself from the circles of Western denial, I searched for the transcendent landscapes of Greek intellect in the poetry of Odysseus Elytis. I used to say that books are written in the solitude of time. Today I say, they are written in the Sanctuary of the Soul.

Odysseus Elytis was the great mystic for me. His poetry took me deep into the transcendent visions of the Ionian philosophers I loved. I needed to find my own spiritual roots, the purity of my own Greek origin, and only Elytis's poetry could give me that. It was the time he was awarded the Nobel Prize that I was preparing to make a speech about his poetry. And the road opened. "I've been waiting for thirty-five years for someone to see my poetry as you saw it," he told me.

Some things may seem random but they are not. For two years I worked on his poetry and it was the most fulfilling time of my life. I came out of my immersion in his work initiated, I emerged through his transcendent sight, his poetic visions. I was going to his place in Skoufa street every Tuesday, and we were discussing what I had written. We discussed even the slightest. He wanted this book to be a navigator for his poetry. One day he told me "you reach so deeply into my poetic vision that it's like completing it with what you write". And another time, he said, "You write like this because you are a poet yourself". I based my work on the Pre-Socratic Ionians, to Empedocles, who believed he was an exile from heaven, a wanderer in a foreign land, but also to the eternal being of Heraclitus, to the purifying law of decay. And more, to the "Mind" of Anaxagoras who "transformed chaos". How much he liked this. Yes, he said, this is Axion Esti. I also supported my work on Plato. He said in Phaedrus: “Τούτο δε εστίν ανάμνησις εκείνων, α (τα οποία) ποτ’ είδεν ημων η ψυχή συμπορευθείσα Θεώ” (All that we live in is a memory of what our soul once knew when it was close to God).

Those two years I lived in the transcendent landscapes of Elytis's poetry were a magical experience for me. All this "scorching" light of his poetry brought to my soul an incomprehensible pain. It was as if the pain itself was the core of the Light. And I remember a phrase of Elytis, for so many years, that never left my mind: "Who said that the Light is painless".

Samuel Beckett was an intellect that has profoundly affected my whole being. His speech was that powerful. And I know today that what I wrote in my book I had personally experienced. Because a work like Samuel Beckett's can not be viewed critically or analytically unless you experience it with your own perception, which means, you have to wander into the dark channels of the existential dead-end he poses, and you have to communicate intuitively and visually with the very vibrations of the absurd as a fundamental law of life. And, after all, a work cannot be analyzed unless you operate at the same levels and depths with it, unless the work itself becomes the pain of your own experience, your own intuition. Odysseus Elytis, A vision of the world 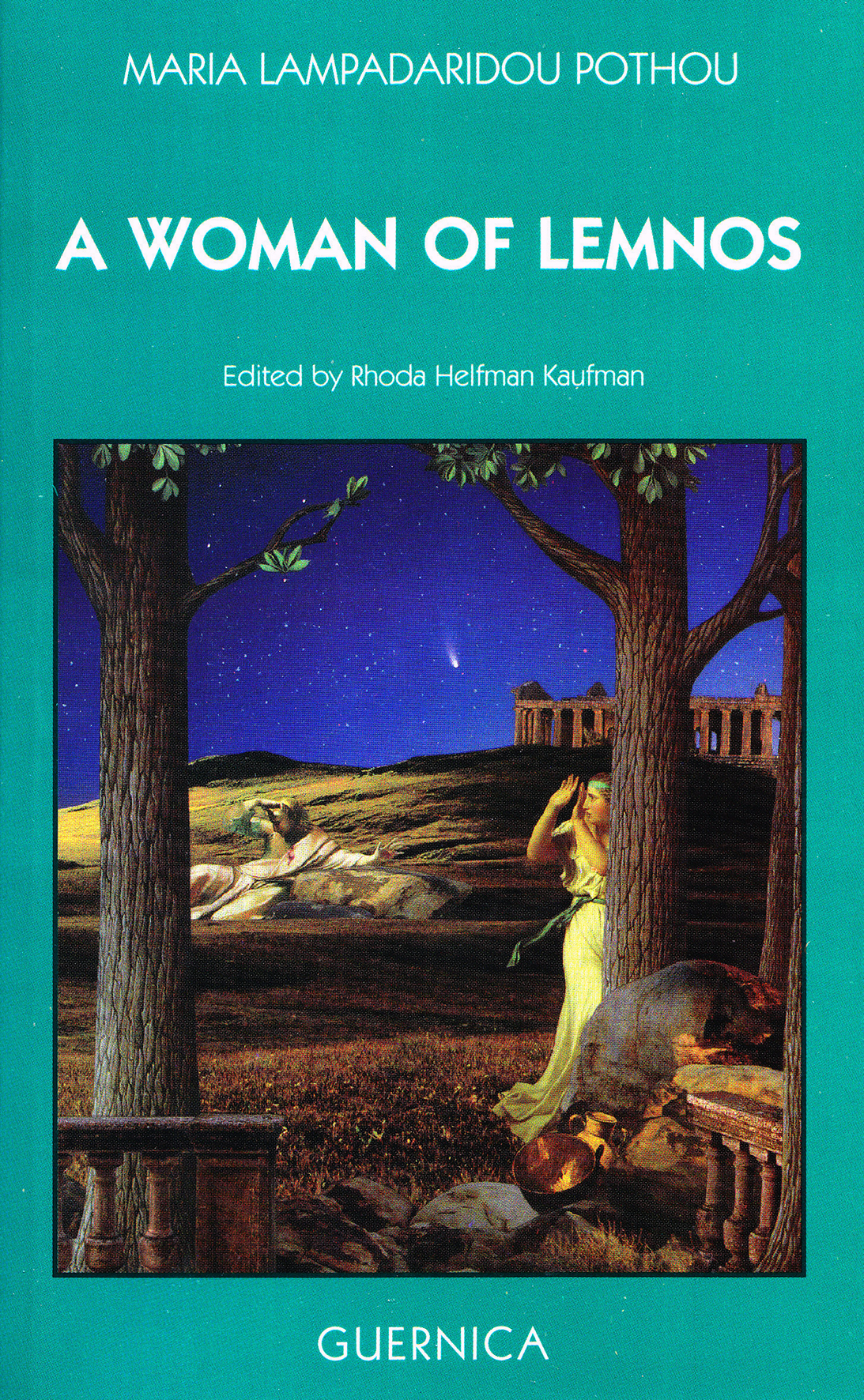 A Woman of Lemnos